As summer was coming to and end, accidentally burning down a shed became the least of 14 year old, Katie McCabe’s problems. Having lost her mother when she was just a baby, Katie was shattered to learn that her father was seriously ill. Hustled off to live with Uncle Charley while her father was hospitalized, Katie struggles with accepting her changing life.

On her first day in town, she meets Harvey Jr., and they quickly become adversaries. As the warfare between Katie and Harvey escalates, involving trips to the vice principal’s office, cheating, lies, and vandalism, she battles homesickness and fear that her life could be changing forever.

Hope for the Holidays

Two new short stories of inspiration, humor, and a touch of the angelic join the popular “Shiny Green Shoes” to offer “Hope for the Holidays.”

“Shiny Green Shoes”– 1935 was a hard year on old Route 66. The unlikely friendship between a young, black girl and an aging white actress brings hope to a town down on its luck.

“Refiner’s Fire”–Nestled in her beautiful home in the San Diego hills, Dina Stein is determined to celebrate Hanukkah even without her ungrateful daughter. Getting caught in a natural disaster isn’t on her agenda.

“Patty’s Angels”–Los Angeles, 1960. California is becoming a state of great contrasts. Downtown LA and the suburbs are only minutes, yet worlds, apart. A little girl named Patty brings people together, with the help of her celestial best friends.

When seventeen year-old Isis Martin is having trouble sleeping due to perturbing dreams of a horrific growling beast, she decides to confront her fear. But what Isis discovers is something other than a menacing entity.

The human-like creature offers Isis assurance that he is not a figment of her imagination. Unwilling to accept his avowal, Isis sets his words to contest by asking the entity to prove himself – a dare, he readily welcomes.

It is in her dreams that Isis innocently stumbles upon the silent existence of the divine lineage of those that man has long forgotten.

In a quaint town, deep in south Texas, this story leads Isis onto the path of impermissible love and captivating life-changing truths. Isis Martin’s journey is sure to leave any reader ravenous for more. 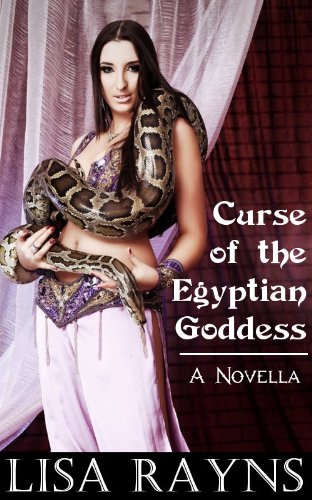 Curse of the Egyptian Goddess

Given her ten-year curse that leaves her beaten and bruised, Emma Patrix has grown accustomed to drinking away the pain. And with a trail of dead bodies behind her, it was only a matter of time before the law caught up.

Now she’s accused of murder and she must flee the country to find the one man who can help her break the curse-Calvin Konrad. She finally catches up with him in Egypt, but he’s not the same sweet boy she remembers from her childhood. And getting him to help her proves more difficult than she ever imaged.

The Island of the Dolls is a strange and eerie tourist destination in Mexico, where hundreds of decomposing dolls hang from trees like grisly Christmas ornaments. On a trip to the island, Joyce Parker’s daughter falls in love with a beautiful but sinister doll.

Soon after, she starts developing strange mannerisms that concerns Joyce. Her research into the doll’s past reveals a dark history, and the curse of a lonely child spirit.