The theme of this week is –

What book would be the BEST book club choice? Why?

one reading it but we did always have our fill of wine and cake! 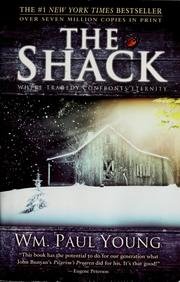 I don’t know if this was the best choice considering my Dad always told me not to talk about politics or religion in public but we talked about it anyway. It sparked an interesting conversation. Of course not everyone agreed but it was amazing that we all sat and spoke about religion and differences and were mature about it. This is why this book has always stuck with me.
Read about the Book –
Mackenzie Allen Philip’s youngest daughter, Missy, has been abducted during a family vacation and evidence that she may have been brutally murdered is found in an abandoned shack deep in the Oregon wilderness. Four years later, in the midst of his Great Sadness, Mack receives a suspicious note, apparently from God, inviting him back to that shack for a weekend. Against his better judgment he arrives at the shack on a wintry afternoon and walks back into his darkest nightmare. What he finds there will change Mack’s world forever. In a world where religion seems to grow increasingly irrelevant THE SHACK wrestles with the timeless question: Where is God in a world so filled with unspeakable pain? The answers Mack gets will astound you and perhaps transform you as much as it did him
Check out the other blogs participating HERE

Previous Post: « The Legend of the Spider-Prince: Rebel by Margo Ander
Next Post: Grand Turkey Club at Arby’s #Yum »