Happy Thanksgiving!! This is our Final Day of the Kindle Fire Author Spotlights! Be sure to join us Tomorrow ( Black Friday) through December 1st to enter to win a Kindle Fire ($199 Amazon Gift card) and an ebook from EVERY AUTHOR participating!! (& a $5 Amazon GC from me since my book isn’t finished yet!) 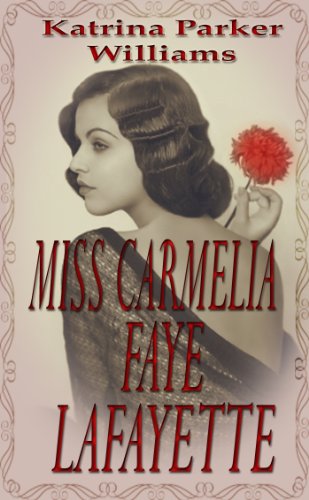 If you loved Buford Tee from “Rock” in Trouble Down South and Other Stories, you’re going to love his female suitor, Miss Carmelia Faye Lafayette, a tough-as-nails owner of an early 1900’s barrelhouse-turned-sophisticated juke joint called The Hankering.

She gives Buford Tee a hard time when he tries to make a play for her affections shortly after the death of her abusive husband . . . uh, ex-husband, that is. Well, she ain’t having it. She doesn’t want a man that’s only after her . . . (you know what). And she lets him know it in no uncertain terms. Does he get her in the end?

MG-Redux Volume I is the first four chapters of Mad Gods.

– Monaxia –
Kostadino Paleologos returns every year to release trapped souls. It is 1962 and he will release Kostadino XI, his ancestor from restlesly walking the ancient, Byzantine defences he ruled when Istanbul was Kostadinoupoli.

-Triumph of Xos –
Kostadino follows his ancestor’s orders to find the last Byzantine, imperial tutor; Georgios Gemistos Plethon at the ruins of Mystra built long ago with the stones of ancient Sparta.

– Dangerous Words –
Kostadino finds for the lost, mythic Library of Alexandria. In it he searches for an ancient codex read only in daylight.
The Idammah-Gan Codex catalogues the lives of a soul searching for a life more ordinary.

– Zealots –
Kostadino reads the Idammah- Gan Codex and is transfixed. He decides to change the soul’s destiny. To give it a chance to decide whether in its final incarnation it will follow the life laid out in St John’s Apocalypse.

Officer Kristin Greene has always felt that something was missing from her life. Although her job with the Fawn Hollow Township Police Department keeps her busy, she still feels like there is something else out there for her.

She soon finds herself investigating a homicide where a young woman has had her throat ripped out. When she has to give the death notification to the family, her investigative nature comes out fast and strong when the parents seem too accepting of their daughter’s death and make comments that just don’t fit.

When the family requests the assistance of the VMF Securities, Kristin is confused that they would think a security company could assist with the murder investigation. When Julian and Alexander arrive she quickly finds herself being pulled into a love triangle that has been going on longer then she has been alive. Why do they look at her as if they know her? And why do they keep talking about Calista?

Join Kristin as she fights to learn the truth about the recent murder, the seductive and blood drinking men that have entered into her life and the real truth about herself.

Halli Sanders spent two years planning the trip of a lifetime to Italy. Her itinerary did not include being stranded by her siblings, kidnapped by a sexy American movie star, dodging bullets, or fleeing criminals in a car chase around Lake Como. And that’s just in the first three hours.

Trent Tomlin put his movie career on hold to investigate his brother’s murder-ruled-suicide at his Italian villa. He’s closing in on the suspects when an American tourist unwittingly films the murder of the retired cop helping him. The killers will stop at nothing to get the evidence–including holding Halli’s family as collateral.

Thrust into the role of real-life hero, Trent finds himself falling for the Plain Jane whose beauty blossoms with every challenge they face. But how can he keep the evidence from the murderers to get justice for his brother and friend without betraying Halli and her family?