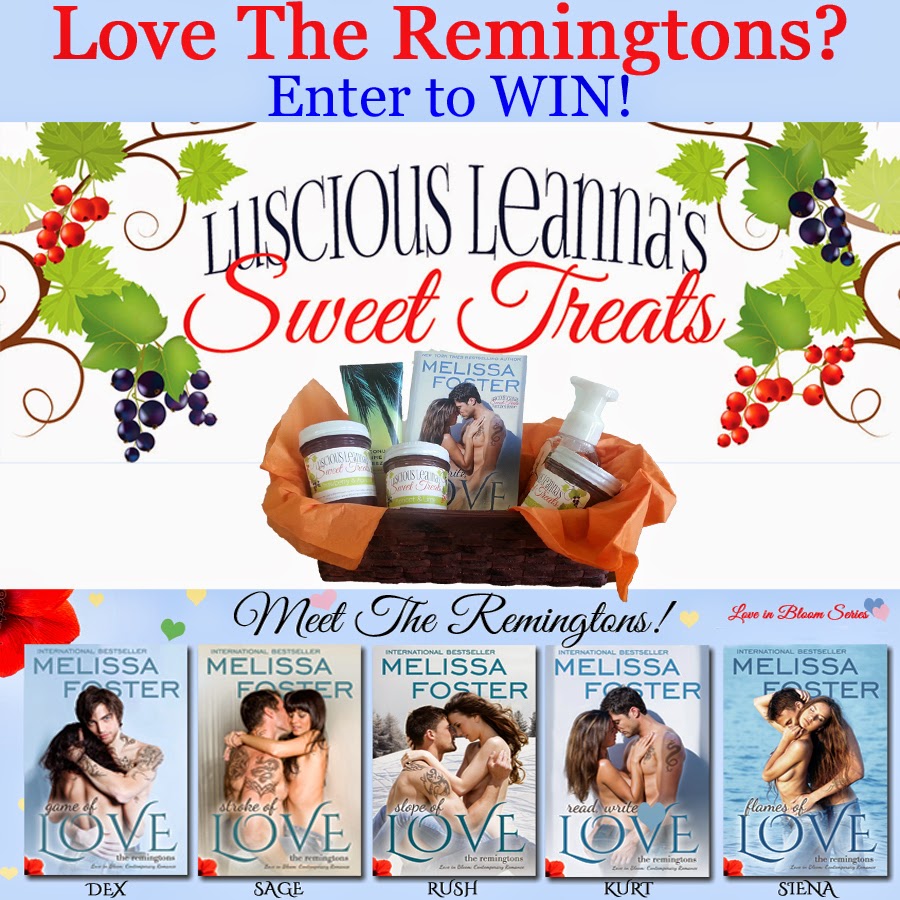 Luscious Leanna’s Sweet Treats are introduced in READ, WRITE, LOVE (The Remingtons, Book 5) and continued in the SEASIDE SUMMERS series.

Bestselling author Kurt Remington lives to write. He spends twelve hours a day in front of his computer, rarely leaving the seclusion of his beach-front property, where he’s come to finish his latest thriller—that is, until free-spirited Leanna Bray nearly drowns in the ocean trying to save her dog. Kurt’s best-laid plans are shot to hell when he comes to their rescue. Kurt’s as irritated as he is intrigued by the sexy, hot mess of a woman who lives life on a whim, forgets everything, and doesn’t even know the definition of the word organized.

Leanna’s come to the Cape hoping to find a fulfilling career in the jam-making business, and until she figures out her own life, a man is not on the menu. But Leanna can’t get the six-two, deliciously muscled and tragically neat Kurt out of her mind. She tells herself she’s just stopping by to say thank you, but the steamy afternoon sparks a wild and sexy ride as Kurt and Leanna test the powers of Chemistry 101: Opposites Attract.

Have we tempted your tastebuds enough?

Enter Below and Good Luck!