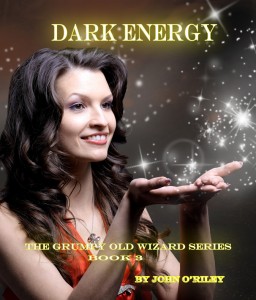 Josephine uncovers an important secret about the Valituras, a power-hungry organization that has lived in secret for centuries. They have amassed powerful dark magic and infiltrated all levels of the government. Now that their existence is publicly exposed and Josephine’s discovery leads to the capture of more Valituras agents, they decide to make a big move and declare war against the country. Josephine scrambles to protect herself and her loved ones from this powerful foe.

As she uncovers more clues in her search to expose the hidden identities of the Valituras leaders, her boyfriend grapples with his new talent of white magic which proves to be a potent yet unreliable source of power. Even as Mark’s abilities expand, he struggles to avoid burnout which will lead to a coma and reversion back to mainstream magic. When the U.S. government’s MADA department hires him to attempt restoration of an ancient historical site, American Stone Henge, the Valituras target him for termination.

As Josephine’s psychometry brings her closer to the truth about the Valituras, she fears the answers will come too late. 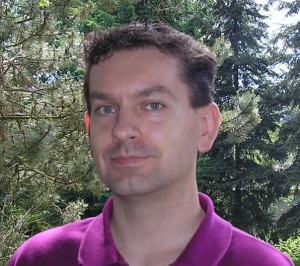 John O’Riley has been writing as far back as he can remember. He is an author of novels and an award winning writer of screenplays in the category of urban fantasy, comedy, mystery, science fiction and young adult. His movie feature screenplay, Cursed, is an Honorable Mention Winner for the 2012 Screenplay Festival. His most recent accomplishments include the screenplays Cursed, Project Pandora, Pinky Swear, Incipio, and Bad Sister which have been listed as Quarter Finalists, Semi Finalists, and Top Finalists in the 2012 Screenplay Festival, 2012 Filmmakers International Screenplay Awards, 2012 StoryPros International Awards, 2012 Pulsar Sci Fi Screenplay Contest, and the 2012 Reel Authors International Breakout.

He was raised in California then Washington state and has lived in Missouri, Oregon, and Florida. He has a Bachelor’s degree in Spanish and French and worked in a variety of bookstores including Borders and was the manager for one of the bookstores in Florida that was actually owned by Goodwill.

“Are you sure Meg didn’t make it to the bus?” Josephine rose to her feet as she continued to

evaluate the tendrils of energy wafting around her.

“I’m positive. Her friends always sat with her and she wasn’t there. They never saw her go with

ignotus enchantment performed. I don’t sense any intruders but that could be because they had active

privacy fields.” Josephine’s contemplative gaze swept over the room. “This is most peculiar. It’s almost

like there’s a trail of your grief that’s leaving the room instead of gathering in here.”

“My grief?” Connie gazed at her with confusion.

Josephine stalked out of the room and down the hall until she came to the bedroom. The others

followed her and she hesitated at the threshold.

“May I search your room?” Josephine threw Connie a questioning look.

“Of course! I want to know if the kidnappers came in here.”

Josephine stepped into the room which was moderately furnished with a king-sized bed, a

couple of large dressers, and a couple of nightstands. She had to wait for several long moments to see

where the darker strands of energy were heading because they drifted extremely slowly. She crossed

which contained a bunch of batteries, candles, and flashlights. Josephine reached out with her mind and

gasped with surprise as a concentration of dark energy throbbed at the bottom of the drawer. Josephine

fist. Josephine’s hand ached as she clutched it.

“Is this yours?” She held out the black obsidian ball so that Connie could take a look.

“I’ve never see one of these before but I know what this is,” Josephine said.

The author is giving away 5 ebook copies of Dark Energy. Fill out the form below to enter