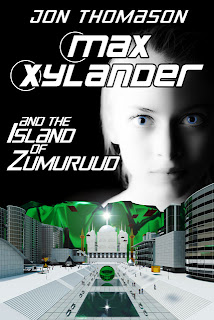 Max Xylander and the Island of Zumuruud

Max has anger management issues. But she has a secret, too. She can make things happen. Like magic. She almost killed a loser skate punk and nearly used it on her stuck up older sister. The question is, can she do anything other than blow things up? Can she learn to control it? And is it really possible that an obscure teenage girl is the key to keeping all of humanity safe?

Philip just got his ring back. He got it taken away for messing with his teacher’s mind so he can cheat on a test. Now that he has his ring, he thinks he should be able to use his power to make his life better. A lot better. The problem is that people want him to be responsible. But if you could do magic, wouldn’t you use it to escape work in any way possible?

Aaron wants to be a soldier. He knows there are lots of people who would try to take over, and he’s determined to stop them. The problem is that there’s this new girl. And she might be not be on the right side of things. She’s really talented and pretty, but she might be able to destroy everything he believes in. Whatever the case, he knows he needs to learn to be world class with the magic sword while he figures out what to do.

Brynn never gets out. Her grandfather won’t permit it. Her only access to the outside world are high fashion magazines, so she has an unusual idea what she should wear. She’s dying to get out and travel. And adopt animals. Any kind of animal. Is she a lonely future granny with cats or are her ridiculous clothes actually the next fashion craze? What possible role could she play in the destiny of the world?

Max Xylander and the Island of Zumuruud is a fast-paced fantasy adventure for all ages (10 and up) and is the first of a planned trilogy. Fans of magic, swordplay, secret agents, and conspiracies set in a modern everyday world will not be able to put the book down. Jon Thomason is a debut author and paints a vivid world of magic right under our noses and delivers rapid-fire action that keeps the pages turning.

“Impressively inventive and enjoyable…vivid storytelling and exceptional characterization…Max’s personality is layered and complex…conveyed flawlessly…keeping readers intrigued and engaged…writing style is smooth, and a subtle sense of humor comes through…narrative tension builds at a good pace and easily flows toward a satisfying and exciting conclusion…parents are likely to both approve of the story and enjoy reading it themselves…talented writer…sure to find an appreciative audience that will eagerly anticipate the next book in the series.” — ForeWord Clarion Review 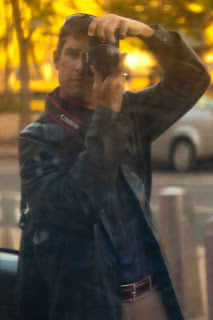 Jon Thomason lives with his family in San Diego, after many years living in the beautiful Seattle area. He has a successful career in high tech where he’s been fortunate enough to participate in many big-name industry releases.

Storytelling permeates everything he does. In the moments when Jon is not helping build the story of the tech world, he can almost always be found working on a project: writing, photography, videography, graphics design, or 3D art.

And he’s always careful to conceal his jinni magic abilities, though perhaps might slip one day and be discovered…

Max was assaulted with the smell of scorched food as soon as she opened the door. Her spirits fell. Not only would the shower have to wait, she’d be forced to deal with her sister. On cue, her mother’s voice drifted from the kitchen. “Max, is that you? It’s dinner time.”

Max looked forward to dinner and time with her sister about as much as she looked forward to a trip to the dentist. Maybe less. At least after going there, her teeth would feel clean! Spending time cooking was incompatible with her mother’s busy social calendar. Dinner was usually a frozen entrée superheated by an oven as hot as a blast furnace. Her mother seemed to think that the fiery temperature would make up for the meal not being homemade.

Then she heard an oh-so-perfect laugh from her oh-so-perfect sister. Max wasn’t sure she could handle the confrontation after everything that had happened that day. Even worse, her father was out of town, so she’d have to face her sister with no mediator. She knew she should probably skip dinner and slink away to her room, but the smell, bad as it was, had triggered a fierce animal hunger in her. And she would not give her sister the satisfaction of scaring her away, so she continued on into the kitchen.

Perfectly coiffed, blond, and beautiful, 16-year-old Alexandra was the spitting image of her mother, that is, minus the age-weathering and the plasticky attempts to reverse it. Max became aware of the squishing sound her sopping shoes were making just as she locked eyes with her sister. There was no mistaking Alexandra’s disgust at having her mommy time interrupted—and her contempt of her unworthy younger sister in general. The fight started before Max even made it to her chair. “Whathave you been doing, Maxine? Mud wrestling?”

Alexandra’s smirk, and artful toss of her golden hair relit Max’s rage. She threw herself into her chair, nearly knocking it over. “I borrowed your makeup, Alex, to try to look like you, but I must not have put enough on.” Alexandra liked being called Alex even less than Max liked being called Maxine.

“Stay out of my stuff, you filthy brat! And Mom, look at the mess she’s making all over.”

“I wouldn’t touch your toxic waste!”

“Girls, please try the lasagna,” pleaded their mother. Max stuffed a bite into her mouth. It was so hot that tears came to her eyes. The food came right back out and onto her plate.

“Eeew, you’re such a disgusting pig!” Alexandra said. “You must have been adopted. There’s no way you’re related to me!”

Max’s mouth hurt too much to respond. Her anger flared. With it, a fire built inside her. It was hot, but did not burn. It built in intensity and pressure, and itched for release. It was the most natural thing in the world to focus it on Alexandra, but then she remembered the explosion and the moans.Blood and glass. Max stood and screamed in rage and fear, her chair falling backwards with a loud clatter. She was only dimly aware of the shocked look on Alexandra’s face as she ran sobbing to her room.

What had she almost done to her sister?

Blog Tour Giveaway
$50 Amazon Gift Card or Paypal Cash plus a copy of Max Xylander and the Island of Zumuruud
Print copy to US only, Ebook Internationally
Ends 3/31/13
a Rafflecopter giveaway