Humanity is in the midst of the greatest crisis in their evolution. Sharay is the one chosen to show the way forward and help humankind move through the fear and dark times of today’s world. Born into a lineage of priestesses in modern day Glastonbury, England, Sharay’s way is blocked by her jealous Aunt Phoebe, who uses black magic against her to steal her fortune and magical power. When Phoebe commits Sharay to a psychiatric ward and accuses her of murder, Sharay struggles with the temptation to fight Phoebe’s vengeance with her own. Through the ancient Celtic ceremony of Beltaine, Sharay experiences profound sacred union with the Welshman Guethyn, who shows her how to open her heart. But Sharay must learn to transform her hatred for her aunt in order to claim the mystery held deep within her cells that will allow her to fulfill her destiny and prove that the ultimate magic is the power of love. 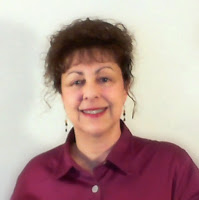 Jodine Turner is an author of YA/adult fantasy, paranormal romance, and magical realism. She is also a therapist, and a consecrated priestess. While living in Glastonbury, England, the ancient Isle of Avalon, Jodine began writing the Goddess of the Stars and the Sea series about priestesses who had lived in Avalon throughout the ages and today. Jodine’s series is a dark and edgy saga of a young priestess who’s reborn during three different critical junctions in history in order to help humankind move through fearful and bleak times – the demise of Atlantis, the Dark Age’s suppression of the feminine, and today’s turbulent world. Each novel in the series is a standalone read. First in the series is the highly acclaimed The Awakening: Rebirth of Atlantis. The second novel is the award winning The Keys to Remember. The third novel, Carry on the Flame: Book One Destiny’s Call, is already award winning. The story of Carry on the Flame concludes in Book Two, Carry on the Flame: Ultimate Magic, which comes out October 31, 2011.

Now for the Contest – Fill out the form below –